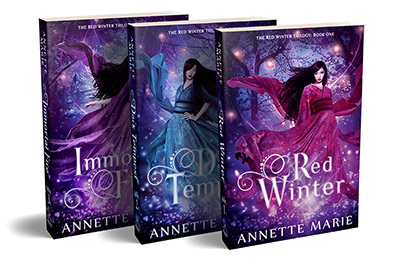 Emi knows that yokai—earth spirits—want nothing more than to destroy her, but when she saves a fox shapeshifter’s life, she discovers the lies that have sealed her fate in stone. This entrancing trilogy delves into the extraordinary mythology of Japan in a sweeping tale of magic, gods, self-discovery, and a forbidden romance that has left countless readers breathless.

"One of the swooniest romances I've read, the dynamic between the two characters is just . . . Perfect. The flirting, the banter - it's all there and absolutely heightens the atmosphere without overwhelming the plot in any way."

"This book had everything that I look for in a good story. A great heroine, a hunky guy, forbidden romance, magic . . . Set in Japan, it also read just like a manga, and I love, love, loved it!"