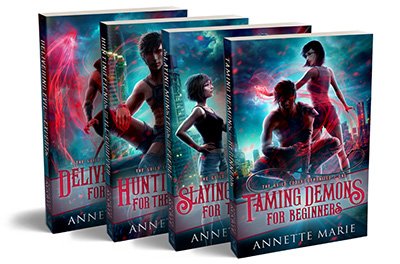 “Super fun, loads of action, with some dark elements to this Paranormal Urban Fantasy. I'll be going stir crazy waiting for the next book!”

Meet the main cast of The Guild Codex: Demonized

"Omg, what did I just read! I can’t express enough how I flove Robin and her demon. I want the second book so bad I could scream!"

“Every book in this world I say "this is my favorite" but . . . THIS IS MY FAVORITE! I love this urban fantasy world with magic, guilds, and demons. ”