The Guild Codex is now a web comic!

Back in December, I announced that we’re doing a web comic adaptation of The Guild Codex, and I’m so excited to announce that it’s here! The prologue is now live on Webtoon, and we’ll be releasing episodes 1-3 next Thursday. After that, the comic will update with a new episode every Thursday at 8pm Eastern Time. Keep reading for more details and samples from the comic! 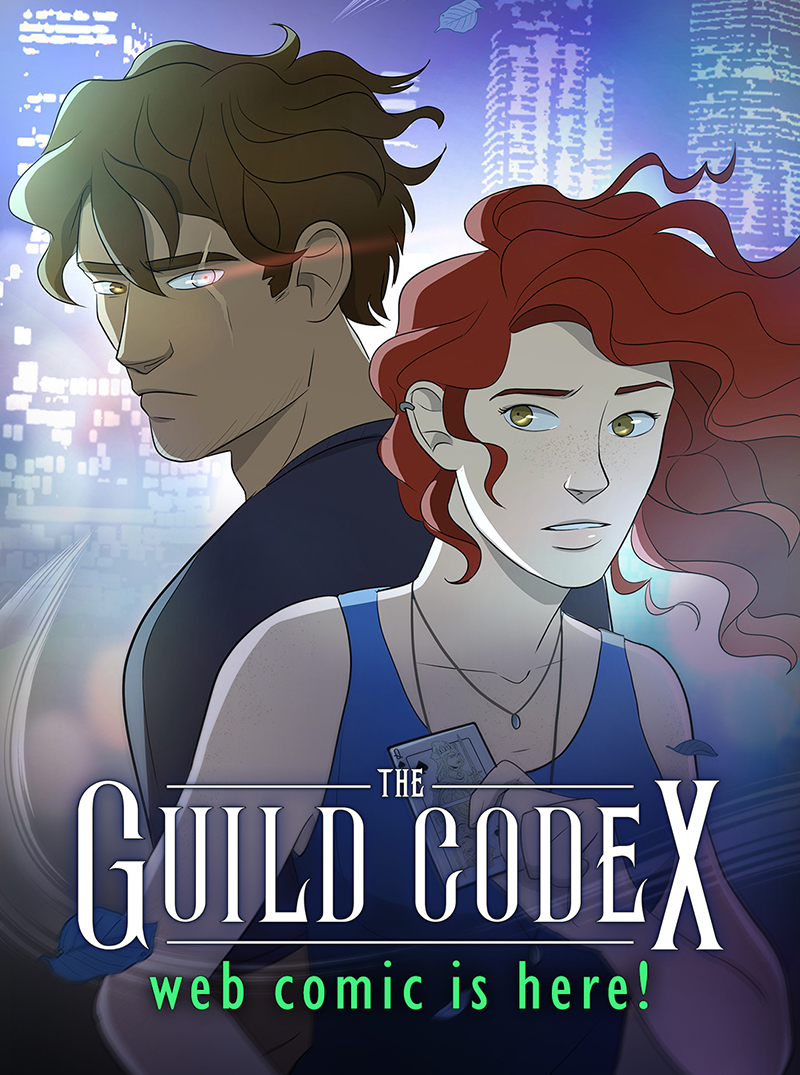 If you missed the original announcement, The Guild Codex web comic is a vertical-scroll comic intended to be read on a screen. It’s a full adaptation of The Guild Codex novels, incorporating all four series with a focus on Spellbound and Demonized. And it’s free to read! Even if you aren’t a big comics person, I hope you’ll give it a try. The comic captures so much of the heart and humor of the series, and it’s so worth it—especially since it’s free. 😉

You can read it on the Webtoon app or on their website—just search for “The Guild Codex” to find it. Please make sure to subscribe to the comic! The comic has been a labor of love for me and artist Ashleigh Zanardi (aka AshOakMaple). We’ve been planning it since early last year and working on it in earnest since October. We have about 10 episodes prepped, and guys, they are amazing. I love seeing the Guild Codex brought to life through Ashleigh’s vibrant, expressive art. Here’s a little sample of what to expect. 😀

The web comic is free to read on Webtoon, and to help support its production, we’ve set up a Patreon. This is a way for readers to give us a boost so we can continue making episodes long-term, with all contributions going directly to the comic’s production costs. And in return, you’ll get episode sneak-peeks, in-progress teasers, bonus artwork, digital gifts, and more. ❤️

Support the web comic on Patreon >>

We super appreciate any and all support! Aside from Patreon, you can help by subscribing to the comic on Webtoon, liking each episode, rating it, and sharing it with anyone you think might enjoy it. Since it’s free to read, sharing is easy. <3 (What’s the difference between The Guild Codex Comic Collection and the web comic? The Comic Collection is a set of short comics exploring different moments from throughout the Guild Codex storylines. The web comic is a full adaptation starting at the very beginning of the characters’ journeys and is drawn in vertical format for reading on a screen.) Thanks for your support, and we hope you enjoy the comic!