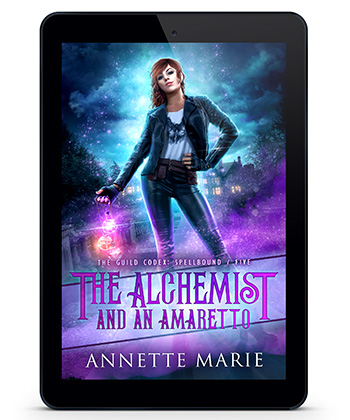 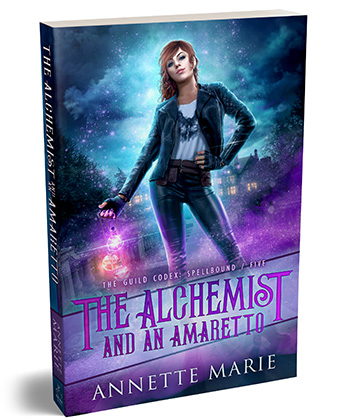 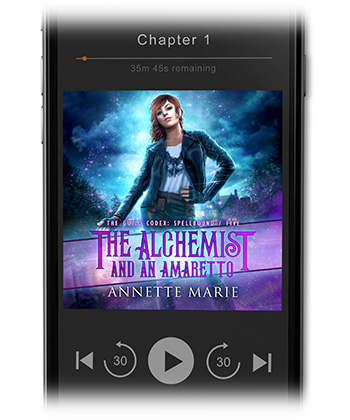 The Alchemist and an Amaretto

Something dangerous is brewing in The Alchemist and an Amaretto, and Tori is all geared up to save lives and crush bad guys.

The Alchemist and an Amaretto - Synopsis

As a guild bartender, I can handle pretty much anything—mages, sorcerers, witches, the occasional demon. But show me anything family-related and I'd rather run for the hills. It doesn't even have to be my family.

So I have no idea why I thought spending the holidays with Aaron's mom and pop was a good idea.

Meeting his famous parents is already terrifying enough, but I've got a bigger problem. Students of his family's renowned mage academy are being attacked on the grounds—and somehow no one has seen a single assailant? Unexplained tracks litter the nearby woods, rumors of forbidden alchemy are circulating the campus. . . and Ezra has been acting strangely since we arrived.

Something deadly is brewing in the shadow of Sinclair Academy, and the longer we take to uncover it, the more dangerous it becomes. But no matter the risk, we'll protect the students.

And Aaron's parents too, I suppose. If we have to.