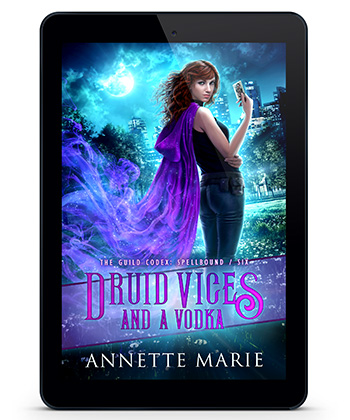 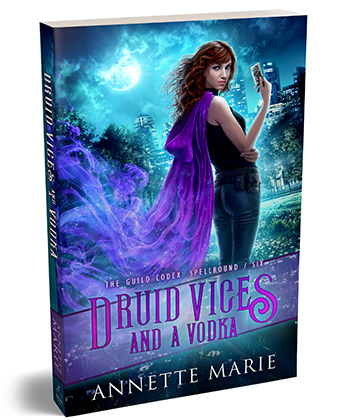 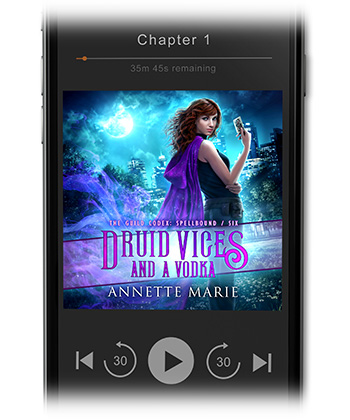 Druid Vices and a Vodka

Tori dives into the dark and dangerous mythic underworld in Druid Vices and a Vodka, the sixth book in The Guild Codex: Spellbound.

Druid Vices and a Vodka - Synopsis

I've said it before, but sometimes I'm a bad person. I cheated on my twelfth grade math final, I've run countless yellow lights, and I gossip about how hot my kickass best friends are. (Good thing my job as a guild bartender doesn't require moral perfection.)

But there's bad, and then there's bad. And I'm not sure which applies to a certain dark druid/wanted criminal/reluctant friend of mine. His transgressions include black-magic dealings, kidnapping, and murder, and he's about to add "revenge-fueled killing spree" to his resume—if I don't stop him.

Should I stop him?

He and his nemesis are gearing up to tear each other apart, rogues and vultures are converging with their sights on the spoils, and the guilds that would normally stomp them into the ground are under attack. We're on the brink of an all-out criminal turf war, and my time to decide is almost up.