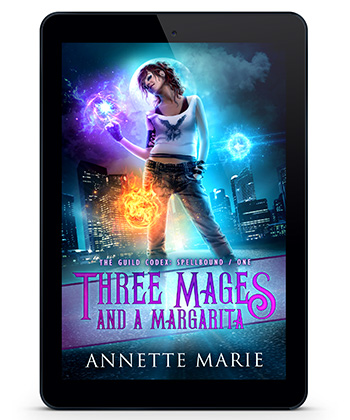 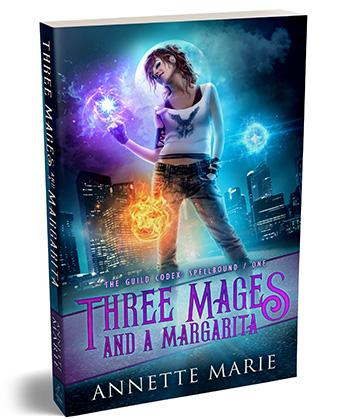 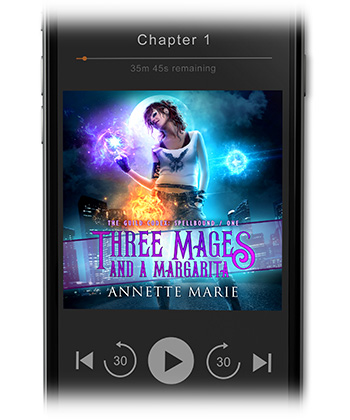 Three Mages and a Margarita

Meet Tori. Sassy redhead, ex-waitress with an attitude, and human bartender of a magic guild. Three Mages and a Margarita opens the hilarious and heartwarming Guild Codex series.

Three Mages and a Margarita - Synopsis

Broke, almost homeless, and recently fired. Those are my official reasons for answering a wanted ad for a skeevy-looking bartender gig.

It went downhill the moment they asked for a trial shift instead of an interview—to see if I'd mesh with their "special" clientele. I think that part went great. Their customers were complete jerks, and I was an asshole right back. That's the definition of fitting in, right?

I expected to get thrown out on my ass. Instead, they . . . offered me the job?

It turns out this place isn't a bar. It's a guild. And the three cocky guys I drenched with a margarita during my trial? Yeah, they were mages. Either I'm exactly the kind of takes-no-shit bartender this guild needs, or there's a good reason no one else wants to work here.

So what's a broke girl to do? Take the job, of course—with a pay raise.