Did you know about the new Guild Codex spinoff series, Warped? The one releasing on August 7, a mere four weeks after Lost Talismans and a Tequila (which comes out next Friday)?? Well, the first book has a cover! Feast your eyes on Magipol’s newest and most unlikely agent. 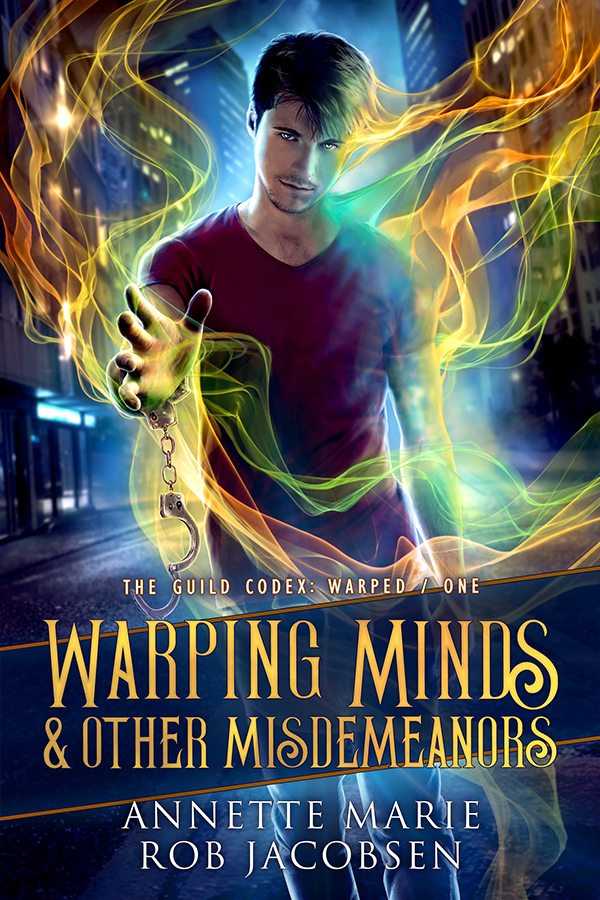 My name is Kit Morris, and welcome to my warped life. Picture the scene: Me, an average guy with psychic powers—not that my abilities are in any way average—just trying to scrape by in a harsh world. So maybe I’ve conned a few people, but did I really deserve to be thrown in MPD jail alongside magic-wielding serial killers? According to Agent Lienna Shen, one-hundred-percent yes. But her hardass attitude and “Arcana prodigy” status aren’t enough to bring down my former best friend, who slipped through the MPD’s fingers and is days away from unleashing untold horrors upon the city. Or he’s going to steal something. I don’t really know. Whatever he’s up to, that’s why I’m sitting in an interrogation room with Lienna. And that’s why I just offered myself as her temporary new partner for the purposes of thwarting my ex-accomplice. And that’s how I’m going to escape. I might even help with the case before I cut and run.

Pre-order on Amazon >> Add on Goodreads >>