I’m so excited to show off the covers for the first two books in my upcoming series The Guild Codex: Spellbound. Book #1 launches on September 14 — just over 5 weeks away! Tori is a feisty takes-no-shit heroine who gets way in over her head with a new, not-human-friendly job as a guild bartender.

I’ll be sharing more about the series in the next few weeks! Follow me on Facebook or join my reader group for all the teasers!

And don’t miss the release by signing up for new release emails! 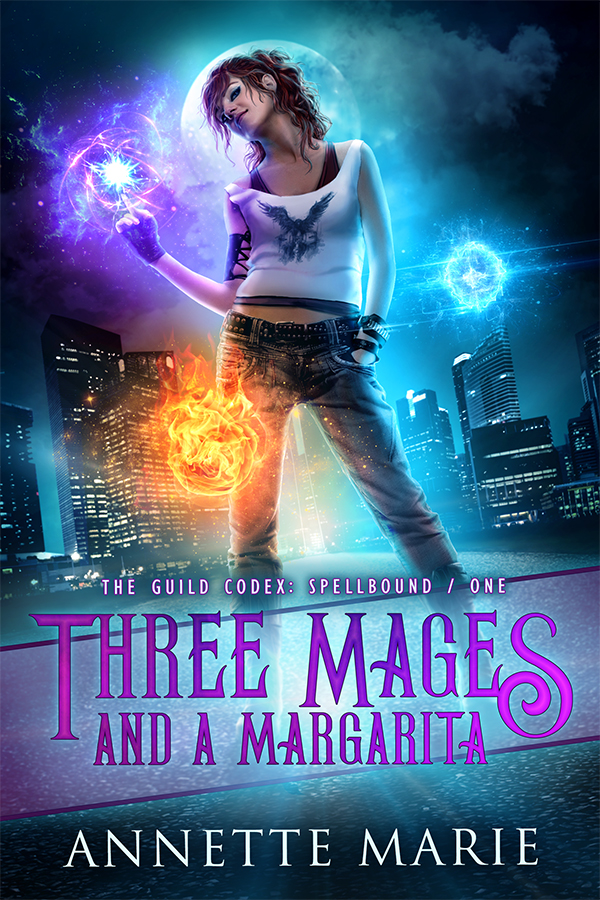 Broke, almost homeless, and recently fired. Those are my official reasons for answering a wanted ad for a skeevy-looking bartender gig.

It went downhill the moment they asked me to do a trial shift instead of an interview—to see if I’d mesh with their “special” clientele. I think that part went great. Their customers were complete dickheads, and I was an asshole right back. That’s the definition of fitting in, right?

I expected to get thrown out on my ass. Instead, they . . . offered me the job?

It turns out this place isn’t a bar. It’s a guild. And the three cocky guys I drenched with a margarita during my trial? Yeah, they were mages. Either I’m exactly the kind of takes-no-shit bartender this guild needs, or there’s a good reason no one else wants to work here.

So what’s a broke girl to do? Take the job, of course—with a pay raise.

Three Mages and a Margarita (The Guild Codex: Spellbound #1) releases on September 14 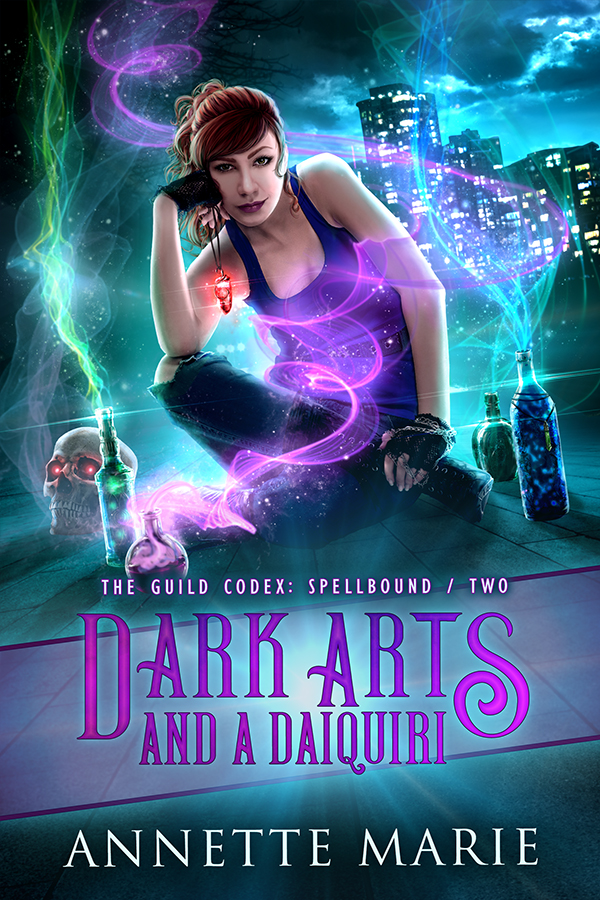 When I found myself facing down the scariest black-magic felon in the city, practically daring him to abduct me, I had to wonder exactly how I ended up here.

It all started when I accidentally landed a job as a bartender—but not at a bar. At a guild, populated by mages, sorcerers, alchemists, witches, and psychics. Good thing this lame-o human is adaptable, right?

Then my favorite guild members—three sexy, powerful, and intermittently charming mages—asked for my help. Did they want access to my encyclopedic knowledge of cocktails? Oh no. They wanted to wrap me up in a pretty ribbon and plunk me in the crosshairs of a murderous rogue to lure him out of hiding.

So that’s what we did. And that’s why I’m here. About to be kidnapped. Oh, and our grand plan for safely capturing said murderous rogue? Yeah, that completely fell apart about two minutes ago.

Why did I agree to this again?

Dark Arts and a Daiquiri (The Guild Codex: Spellbound #2) releases on November 16

— Posted in Cover Reveal and GuildCodex