The Night Realm is here, and for a limited time, it’s only $0.99! The second installment in the Spell Weaver series, The Shadow Weave, is now available for pre-order, coming January 12, 2018.

I can’t wait for you to meet Clio and get reacquainted with Lyre–except this time, it’s “Lyre the master weaver” instead of “Lyre the sexy sidekick”. And let’s not forget Ash… 😉 ( If you haven’t read the Steel & Stone series, don’t worry; this new series is a standalone adventure that you can jump right in to. ) I hope you enjoy The Night Realm! 🙂 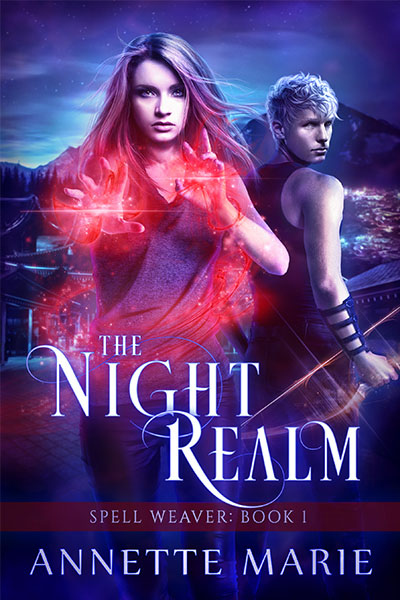 A nymph, an incubus, and an arsenal of deadly magic. What could possibly go wrong?

Clio is good at all sorts of things. As a nymph, she’s great at outdoorsy nature stuff. As a nymph living in exile, she’s got the “blending in with humans” thing down pat. As a nymph living in exile because she possesses the rare ability to mimic magic, she’s had to pick up some unique survival skills. But stealing from the most dangerous spell weavers in the Underworld? Not so much. Unfortunately, that’s exactly what she has to do to earn a ticket back home. Conning her way into the night realm may have gone pretty well, but now she’s got a new problem. His name is Lyre and he’s a sinfully alluring incubus, a dangerously skilled spell weaver, and the only thing standing between her and stealing some damn magic. Maneuvering around him without blowing her cover shouldn’t be that difficult, but chaos has been dogging her every step, monsters hide behind beautiful faces, and Lyre keeps saving her neck even though they’re enemies. Kind of enemies? Either way, her mission is getting complicated fast, and in the Underworld, even one mistake could prove fatal.

Get THE NIGHT REALM now >> 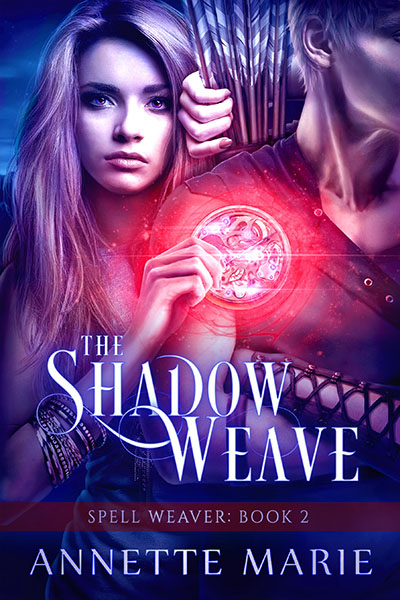 Clio might be a nymph living in exile among humans. And she might possess the rare ability to mimic any magic she sees. And she might have just seriously ticked off the most powerful family of spell weavers in the Underworld. But she is not in love with an incubus. Lyre is the rebellious black sheep of said weaver family, and he’s the only reason she survived her recent Underworld “vacation.” He’s also the sexiest thing she’s ever seen. Together, they have to track down a catastrophically dangerous magic—a magic he created, she sort of stole, and they both lost—before his family gets their hands on it. And that means fighting alongside him in a desperate attempt to avert complete disaster. But she is definitely not in love with him. At least, she’s pretty sure she’s not. Mostly sure. Maybe sure? . . .Crap.