The final book in the Red Winter Trilogy is here! The epic conclusion of Emi and Shiro’s story is now available. It was such an experience writing their journey, and I’m sad that it’s over. I hope you enjoy reading the last book! 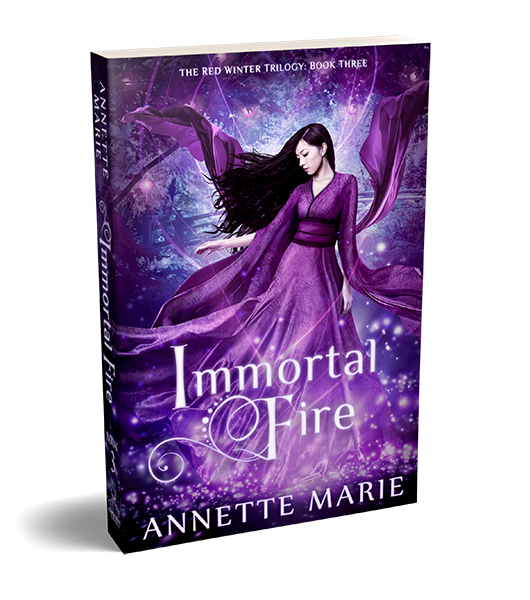 “On the eve of this world’s destruction, caution will be our death sentence.”

Even with a traitorous deity poised to destroy her world, Emi can’t escape her greatest distraction: Shiro. Soon, she will have to break the curse that binds his magic and memories, but once the ancient power in him awakens, the yokai she loves will be changed forever. As the earthly gods gather to wage war against the heavens, Emi and Shiro must gamble everything to turn the tide against their immortal, all-powerful foes—even if it means losing each other.

Over the last couple months, I’ve been working on another project: a book trailer for Red Winter! I got to participate in everything from making the costume, to writing the script, to scouting locations, to watching the filming in progress. It was a really cool experience, and the best part was getting to see Emi in the flesh.

Now that the Red Winter Trilogy is complete, you might be wondering what I’m working on next? I’ll be sharing more details later this month, but I will say now that Steel & Stone series fans won’t want to miss it. 😉 Until next time, Annette Marie