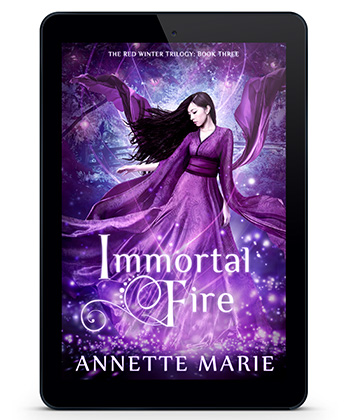 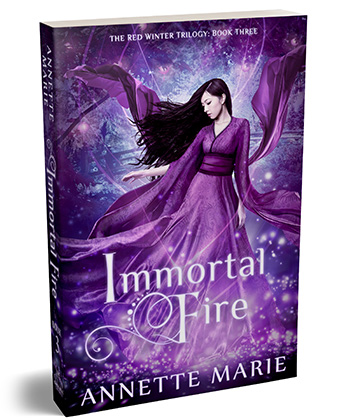 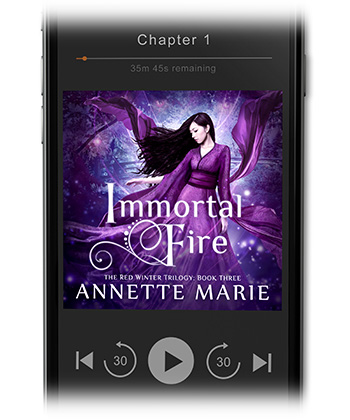 The enthralling conclusion to YA romantic fantasy Red Winter, Immortal Fire stuns with a 5/5 star-rating from over 250 reviews. This is a finale that readers will never forget.

Once, Emi believed the heavenly gods were righteous and wise, while the earthly yokai spirits were bloodthirsty and evil. But with a traitorous deity poised to destroy her world, and the yokai standing as humanity's only defense, the lies of her upbringing have toppled to reveal a far more terrifying reality.

Despite the looming threat, Emi can't escape her greatest distraction: Shiro, the fox yokai who has so deftly claimed her heart for his own. Soon—too soon—she will have to break the curse that binds his magic and memories. And once the ancient power inside him awakens, the yokai she loves will be changed forever.

As the earthly gods gather to wage war against the heavens, Emi and Shiro must gamble everything to turn the tide against their immortal, all-powerful foes. Together, they will find a way to save her world—even if it means losing each other.